The first army build that I’ve started in over a decade. The majority of the basis for my army has been cleaned and assembled. The models bases have green which is the starting point for my greenstuff scenic bases. Aside from the bases, each model and vehicle will receive varying degrees of greenstuff added.

The first picture shows the current models assembled for the army. The second pic isn’t a squad, but the models within the army that have power weapons (filed, sanded and scraped to create a waved edge like a stylized flame). The third pic is of the Firedrake Contemptor mirroring a Praetor. Both models have bases that are almost finished. I just need to add ballast in different grades to fill in empty areas. The Predator’s body will be receiving a lot of greenstuff detailing. 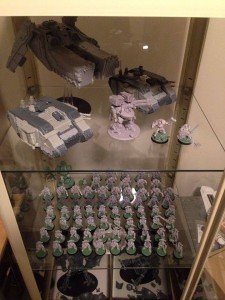 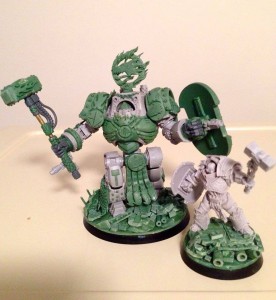 I’ll have you my smaller brother! 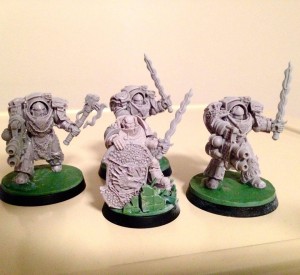